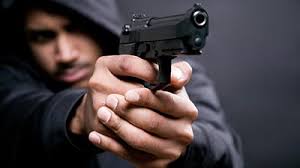 Harjo, a former thug, came into my room bearing a gun. Then it struck me, why is he here? Is he going to kill me? The way he came in immediately raised my suspicion. He came in without knocking while looking me dead in the eyes with his drunken eyes, before settling down on my table and drawing his gun from underneath his jacket.

“I have to kill someone today,” he said

“Who will you kill?”

“You don’t have to know. I have to settle my affairs today!”

Juggling his gun in his hands, he discarded its bullets, counted it, and loaded it back in. He then swung the barrel towards me. As my suspicion increases, he may well kill me. Moreover, it is already late in the night and all the neighbors were out of town.

It wasn’t that odd though that Harjo has been very hostile with me lately. His reason for this hostility towards me, because he saw me riding my bike together with his girlfriend, which is very petty in my opinion. I had no ulterior motives for that since she was waiting for her daily commute that day, and knowing that she worked and lived close to me, I offered her a ride as a good gesture and she was sitting in my bike in no time.

On the way to her house, rain came down. Shielding her make up smeared face from the rain, she planted her face in my back, with her arms wrapping around my waist. Of course as a shop clerk, this girl that came from Wonosari, GunungKidul, has been known to be very flirtatious. Even before she became Harjo’s girlfriend, she has been known to throw herself at any guys she knew.

As soon as her face touched by back, Harjo showed up in his dirt bike and overtook us before closing in alongside. I pulled over and stopped with the intention to let her go with him instead. However, the former security guard at my office with his bad tempers told me off at once.

“What do you want Mi?! I fetched you with haste but you left me instead to go dating with another bloke! So this is how you repay me?”

“Wait a minute Jo! You misread the situation. I didn’t mean anything, I just pitied her standing alone in an empty road.” I tried to explain. “She didn’t tell me that you were to pick her up.”

“He didn’t tell me that he was going to fetch me Mas, Usually I commute alone on the bus,” said Tarmi as she tried to defend herself.

“You should have known that I had the bike and was going to fetch you,” said Harjo with anger blistering from his face.

“Alright calm down, just jump on his bike me.”

I told her to move to her boyfriend’s bike in an effort to defuse this already tense situation. But being the girl that she is, she instead pressed her cheeks harder into my back as the drizzle intensifies. This pushed Harjo even closer to releasing his already pent up anger in an uncontrollable rage.

“If it wasn’t you, I would have beaten you to a pulp, Di!” said Harjo as he left in his screeching motorbike.

I was also a little irritated by this shop clerk. However, I was beginning to get suspicious that she was using this situation to use me in order to get away from Harjo. From what I heard, Tarmi’s parents were uneasy with her dating a former felon who was incarcerated for stealing three motorbikes. Afraid of being made a scapegoat in their problems, I forcibly told her to jump off my bike and I immediately sped to find Harjo. I rushed to his dormitory, but he wasn’t there.

That afternoon, Tarmi came into my room asking for forgiveness for what she has done and explained to me why she was trying to get away from Harjo. Although I was a bit wary of getting involved in their problems, I didn’t have the guts to stop her emotional outburst. While I was listening to her ranting about her boyfriend, out of nowhere, Harjo showed up with his dirt bike. Finding his girlfriend in my arms in my terrace, he turned round and flew the other way leaving the both of us in stunned.

The next day, a little under midnight, Harjo came into my room with a pistol. I was really on edge. Especially due to one of the crimes in his journey sheet, that stated that he almost killed a cafe owner in Parangtritis Beach. Aside from that, he was also high that night on some drugs and magic mushrooms that made him was heavily drunk. He half consciously approached the cafe owner’s wife that is admittedly quite beautiful. He pinched her cheeks playfully and tried to pull her into a room.

Without a doubt, her husband was offended and enraged beyond belief. Harjo was told off pretty harshly. In response to this telling off, Harjo drew his gun and broke the silence of the night by firing it at the cafe owner. Fortunately for the cafe owner, he was too drunk to aim properly. By coincidence, the four of us were there at Parangtritis and we tackled him to the floor before the gun set off again. We then swiftly secured the gun.  Fortunately no one reported the police, so the problem does not tails long

“Don’t play around with this gun, or I will scream. If you don’t put this in your jacket, the villagers would come here and drag you off to the police station!”

“Ha, turns out you are afraid of dying too?!”

“I’m not scared of dying, I just don’t want to die in vain by your hands. Quickly holster you gun. Or else I would scream!”

“Why do you have to be so scared! Chill out! I won’t shoot you!”

“You don’t have to know, one thing that’s clear is that this has nothing to do with women. A shame isn’t it, killing due to women!”

“About before, please don’t misunderstand the matter with Tarmi. I swear to God, I wanted nothing from her. I only did that because I thought it was fine for me to offer her a ride to her dorm, seeing that she lives near me and she was waiting alone. Aside from that, she came here yesterday to apologize to me.”

“You’re welcome to date her. Hell you could marry her while you’re at it. Who cares about a tramp like her!”

“Don’t be like that, Jo, I swear, I have no interest whatsoever in her!”

“Ok! For now, I trust you word. However, there are more striking matters I have to finish today!”

Harjo thrusts his gun back into his jacket, and walked hurriedly towards his dirt bike. I was still suspicious of him, it maybe Tarmi that he was going to shoot.

“Hey! Who are going to kill? Whatever happens don’t you dare drag me into this!”

Harjo didn’t reply, instead he left me in the dust with his motorbike, its exhaust noise breaking the silence of the village. I rushed to drag my bike out and hunted him to Tarmi’s dorm. I wasn’t gone let that a village girl die in the hands of that bastard.

From afar, I could see Harjo’s bike parked in the side of an alley, in front of Tarmi’s dorm. I parked my bike about 20 meters from his and I sneaked towards a fence to see what he was doing in there. Then I saw him knocking at the girls door, further strengthening my belief that he was going to kill her with his gun.

A few moments later, the door flung open and a girl appeared. They were immediately involved in heated conversation which escalated quickly into a full blown fight. Harjo slapped her round her face, which was retaliated quickly by Tarmi. “Damn!” I said in my mind while thinking for a way of saving this poor girl.

Luckily, a few seconds later three villagers on neighborhood watch came and told off Harjo. The ex-thug then left Tarmi. I went back to my room feeling relieved and I tried to sleep in peace. However, after a few minutes on my back, Harjo came back which left me a little bewildered.

“What do you want, Jo?” I asked whilst opening the door.

“Could I sleep over in your room, I could right?”

“Why don’t you sleep in your own room?”

He forced his way in and laid down in a bed I laid on the floor. I couldn’t stop him. Turns out, he was in a “bird without a nest” situation. Maybe that’s why he fought with Tarmi, maybe he wanted for a place to stay and she refused. I was beginning to pity this man but then I realized that he still had his gun. This raised my suspicion, maybe he is going to shoot me while I was snoring.

I thought hard on how to disarm his gun. As he fell asleep, I tried to check his jacket. However, as soon as I grabbed it, he woke up. I immediately shut my eyes and tried to look as if I was sleeping.

The next morning, he unexpectedly took off his jacket when he showered, leaving his gun behind. I thought maybe he forgot about this thing. As soon as he came into the toilet, I searched his jacket and found the gun. However, what I surprised to find out that the gun was really light. I examined it closer and saw that it was a plastic gun. “Idiot!”

I swiftly took some gasoline from my bike. I placed that damned pistol under the fence, poured gasoline on it and I lit it up. It melted into a ball of charred plastic.

Finished with his shower, Harjo came looking for his gun.

Harjo picked up the smoking remains of the gun, looked at it, then smashed it to the ground, raising my pity for this poor guy.

Then, with his eyes on, he went into my room, and after putting on his jacket he stepped off to his motorbike, paused, and turned back toward me, then turned back on his bike, and returned to me, as he was deeply upset. And, at a distance of about three paces, he suddenly escaped something from his waist, then pointed it at me. Damn, apparently he still had another gun.

“I’m not kidding, I’m going to kill somebody tonight!” he said with a burning eyes.

And, all of a sudden, “dorrr!”, the gun actually barked, right at me. There was something that seemed to graze my shoulders. I staggered backwards. I vaguely saw Harjo escape with his bike, leaving the smoke and the deafening roar of the exhaust! *** 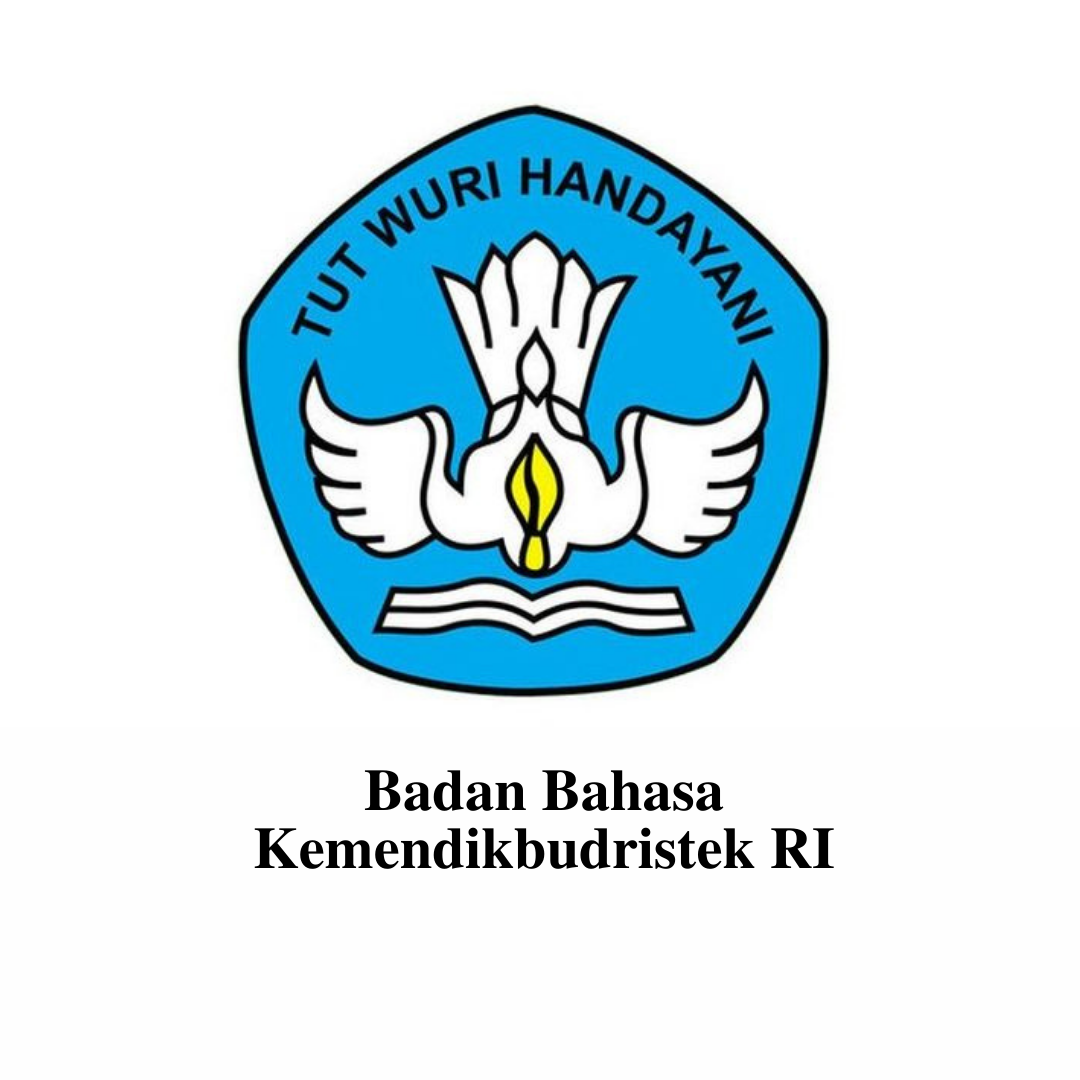